When Will the Economy Recover 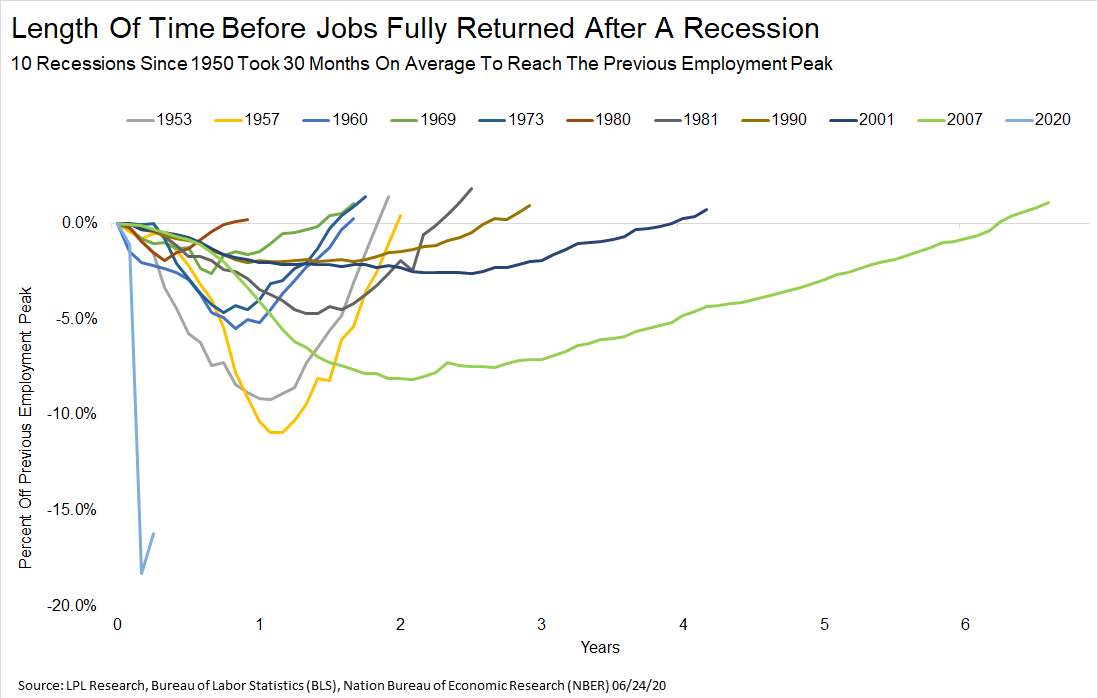 Economic data points are coming in substantially better than what the economists expected.
Reported May job gains were 10 million higher than expected and retail sales soared a record 18%. The Economic rebound has surprised many.
“As good as the recent economic data has been, we want to make it clear, it could still take years for the economy to fully come back,” explained LPL Financial Senior Market Strategist Ryan Detrick. “Think of it like building a house. You get all the big stuff done early, then some of the small things take so much longer to finish; I’m looking at you crown molding.”
Here’s the hard truth; it might take years for all of the jobs that were lost to fully recover.
In fact, during the 10 recessions since 1950, it took an average of 30 months for lost jobs to finally come back. As the LPL Chart of the Day shows, recoveries have taken much longer lately. In fact, it took four years for the jobs lost during the tech bubble recession of the early 2000s to come back and more than six years for all the jobs lost to come back after the Great Recession.
The economy is moving in the right direction. Importantly, this economic recovery will still be a long and bumpy road.
If you have any specific questions, we welcome you to call us at 302.234.5655 or email us at contactus@covenantwealthstrategies.com to set up a mutually convenient date/time to speak.